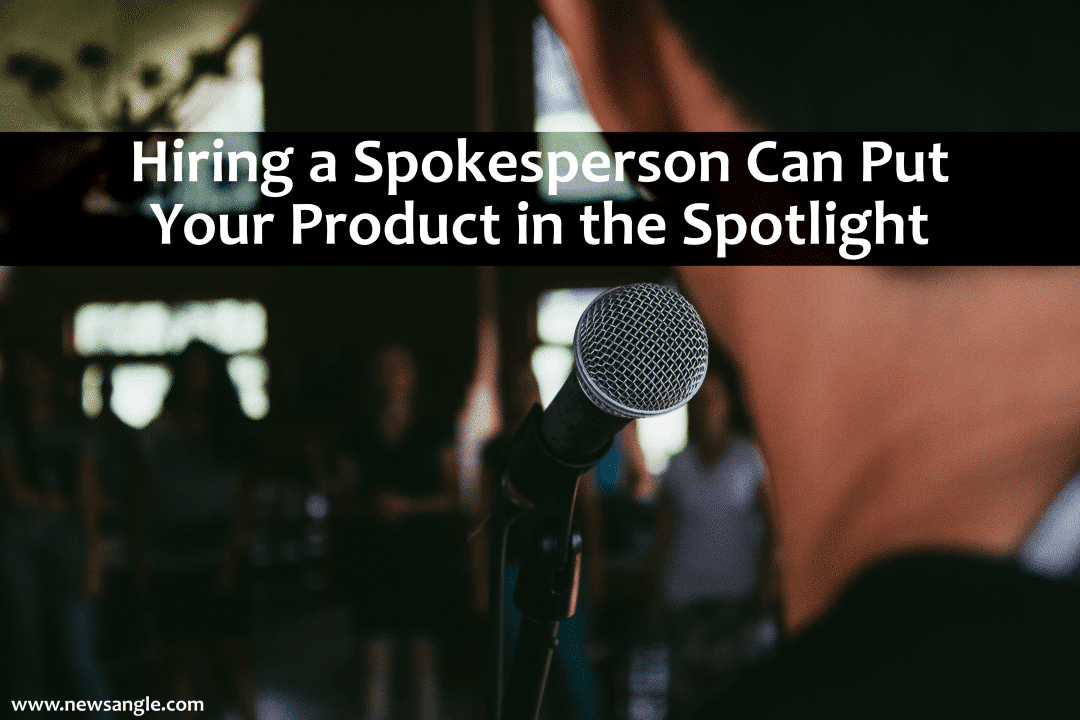 Looking to boost your food or beverage brand? Consider a spokesperson to help put your product in the spotlight.

Right off the bat, you can see the advantages of employing a food expert or celebrity to bring attention to your campaign. Video is being consumed at ever-increasing rates on channels like YouTube, Facebook and Instagram. Plus, the media is often more inclined to interview those with “celebrity status.” A spokesperson will help cut through the media clutter and deliver your message in a clear, concise and convincing way.

But choosing the RIGHT spokesperson involves a series of careful considerations.

Your obvious first task will be to choose someone to represent your brand in a credible and articulate manner. One way to do this is to review the food, business, and lifestyle pages of newspapers, industry trades, blogs, and key social media channels such as Instagram. Perhaps some knowledgeable “foodie,” celebrity, or social media influencer springs to mind. Each personality will bring different benefits and skill sets.

What to consider when creating your list of possible spokesperson?

When you’ve formed an initial list of potential spokesperson, ask yourself the following questions about each:

Once you have your short list of candidates, it’s time to ask the big question:

The ability to multi-task is key, as the person will need to face a camera with confidence, know your product inside and out, and be authentic, likeable and well-groomed. He or she will have to know when to look at the camera, when to look at the host, and when to look at the food, as well as go through the motions of preparing a recipe for the viewers at home and online.

Yep, you guessed it. Your spokesperson will need to be a performer. A strong spokesperson can help elevate your YouTube channel and social media networks, and create raving product fans.

But he or she will need to be media-savvy as well. While media opportunities such as morning show cooking segments may be less available than they were a decade ago, they do still exist. A consumer product spokesperson needs to have basic media interviewing skills such as “bridging,” which is the technique of briefly answering a tough or negative question, then transitioning back to one of the key message points for the publicity campaign. Bridging returns the conversation to a positive note.

Why does this matter?

Your spokesperson will need to be comfortable making personal appearances, such as giving a cooking demonstration to a crowd at an event, or talking to an audience about the benefits of your product. Keep in mind that some social media influencers in your industry who are powerful online might be uncomfortable when it comes to speaking in front of an audience.

A recent article on the American Express Small Business Forum, “6 Considerations When Hiring A Celebrity Spokesperson,” gives additional  tips about what to consider when engaging a spokesperson to take your brand’s message to a target audience.

After  you’ve identified your spokesperson, it’s time to sign on the dotted line. Negotiate a contract, or at least a letter of agreement that details exactly what is required of both you and the celebrity.

Shaking hands with the spokesperson

The agreement should make clear exactly what you will provide in the way of support and reimbursements. It should cover transportation, hotel accommodations, limo services, rental car or mileage, per diem charges if any, hours or days of appearances, and if the spokesperson may take along an assistant—and who pays for the extra person.

If your spokesperson is also a major social media influencer in your industry, your agreement should need to include an influencer marketing element. Service agreements with influencers are always outlined in advance, such as how many tweets, videos, images or articles will be posted during the campaign, and which hashtags will be used to engage with their audiences.

For example, if during the fall apple season you hire a spokesperson—who is also a social media influencer—to demonstrate on television and at county festivals about the best ways to use apples in baking and cooking, you would want your agreement to include how many times the  spokesperson will post about apple recipes on social media and which hashtags will be used.

On the flip side, if your spokesperson is uncomfortable with social media and you want a digital marketing element to your campaign, a decision will need to be made about who will handle posting images of the spokesperson in action. You will also need to consider who will respond to any comments or questions directed toward the spokesperson about the product.

Using the example above, let me give you an example of how a possible fall publicity and digital PR campaign might look if hire a spokesperson to help you get the word out about using apples in recipes:

Now that you’ve worked out all the details, you’re ready to put your campaign in motion. Call LEA for assistance.

For more information on food and beverage PR, read our post on food safety crisis communications.  Also check out our post on how to use influencer marketing successfully.

How to Fix a Stagnant Social Media Campaign